I saw that 4 terabyte 3.5″ hard disks have recently become available for $169, which made me ruminate on how much data that actually is, and how far storage density has come. My first few computers used 1.44MB floppy disks, so that’s my frame of reference. I also spent many hot summers in the mid 90s mowing lawns to afford 44MB SyQuest removable hard disk cartridges, which cost about $1.00 per megabyte. In comparison, a megabyte on the 4 TB drive costs $0.00004 at this time of this writing (10/7/2013).

To visualize this, I have generated these charts to illustrate prospective. The unit by which I chose to measure storage is the 1.44MB floppy disk, since they are so familiar to me. These are the heights of floppy disk stacks (at 3mm per diskette)  it would take to equate to modern storage mediums. I hope this gives you some appreciation for the volume of data capable of being stored and processed by modern systems. 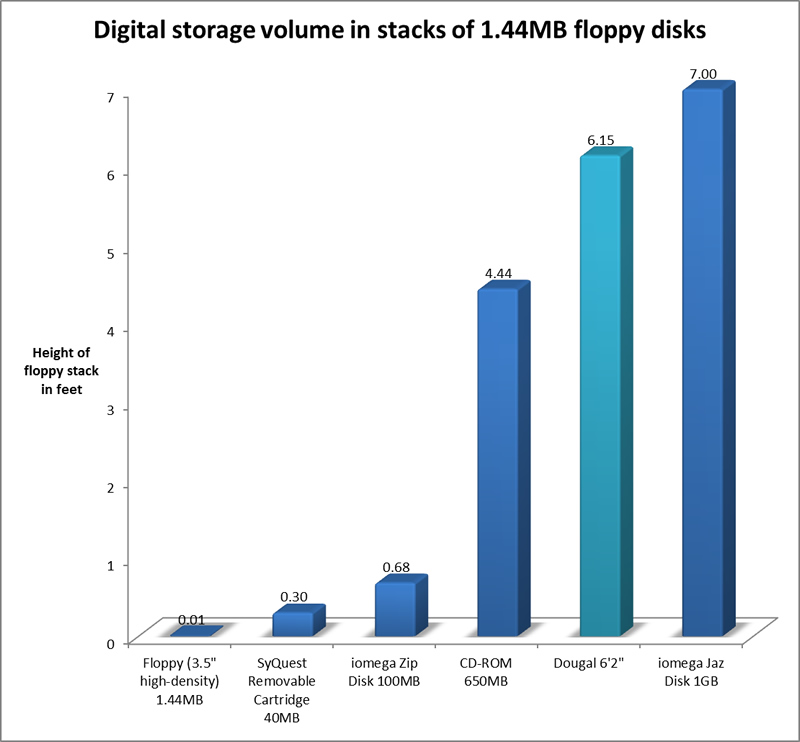 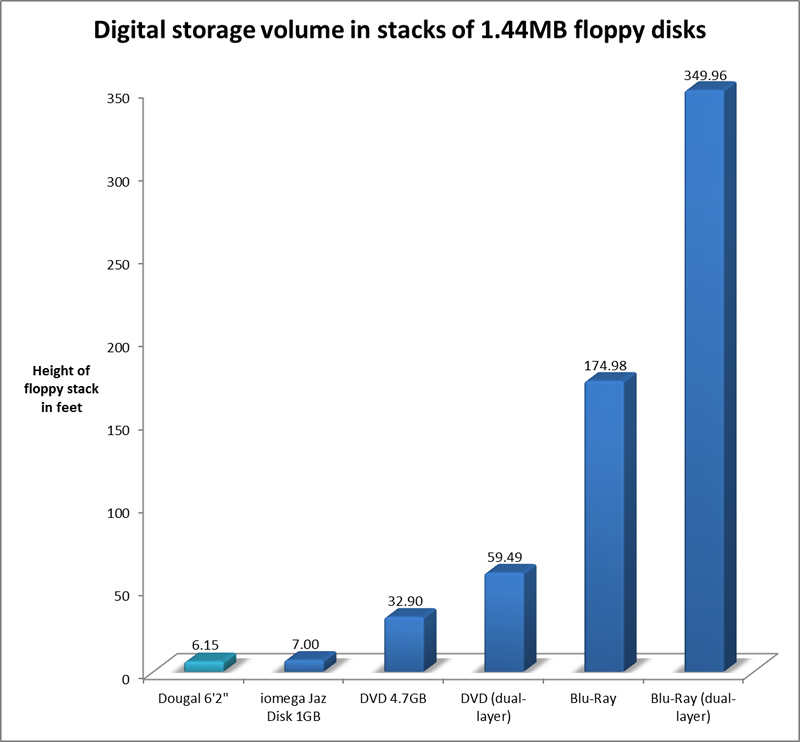 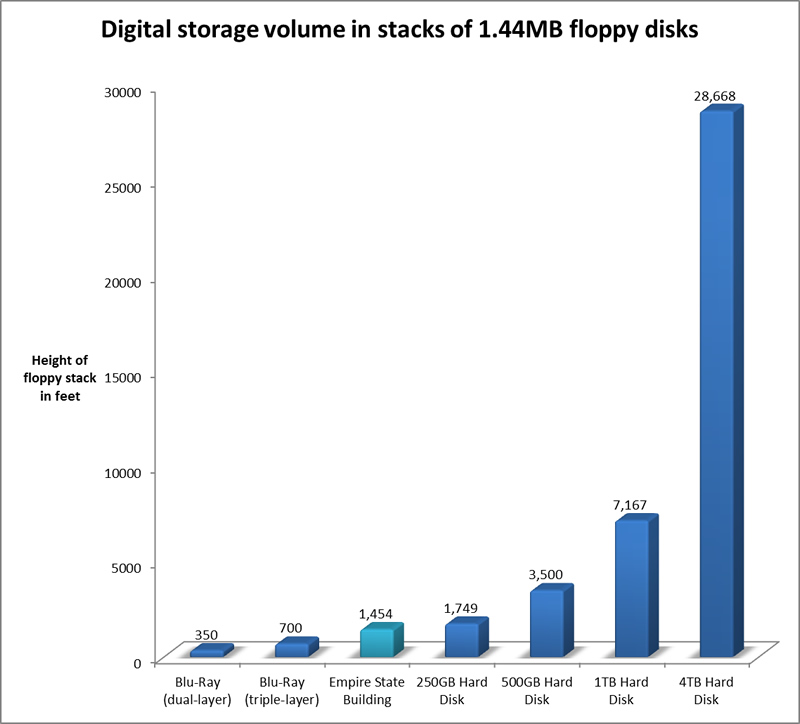