do we strive to become handicapped?

The tail of a peacock makes the peacock more vulnerable to predators, and is therefore a handicap. However, the message that the tail carries to the potential mate peahen may be “I have survived in spite of this huge tail; hence I am fitter and more attractive than others.” 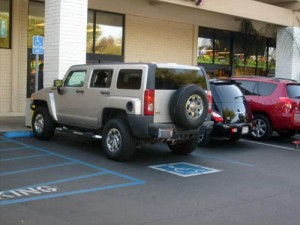 An example in humans was suggested by Geoffrey Miller, who expressed that Veblen goods such as luxury cars and other forms of conspicuous consumption are manifestations of the handicap principle, being used by men to advertise their “fitness” to women. Obesity, a sign of ability to procure or afford plenty of food, comes at the expense of health, agility, and in more advanced cases, even strength, but, before recent cultural changes, exhibited “fitness” to the opposite sex and was also often associated with wealth.

On the opposite end of the spectrum, significantly above average height, stoutness, and lean body mass require vastly higher caloric intake and come at the expense of speed, more than can be offset by the defensive advantages, but are highly attractive to females. Modern bodybuilding with steroids is an especially notable example, where bodybuilders are willing to knowingly forfeit general health to high risk of injury and the immunosuppressant qualities of excess androgens, risk impotence, and grow to sizes that are inconvenient and impractical in the modern world, in exchange for the appearance of supreme physical health and reproductive fitness.

Philip Slater: “The idea that everybody wants money is propaganda circulated by wealth addicts to make themselves feel better about their addiction.”